Why PIM Testing is Important in C-band Deployment

Why PIM Testing is Important in C-band Deployment

C-band was one of the most trending topics in the wireless world in 2022. Of course, when mobile operators spend over $81.2 billion during a Federal Communications Commission (FCC) spectrum auction, it’s bound to spur discussion. Initially, there were concerns with interference of radar systems in aircraft. One area that has not received attention also relates to interference – Passive Intermodulation (PIM) – but it must be addressed as C-band is deployed.

In theory, C-band, given it is based on TDD technology, should not be adversely affected by PIM. In practice, however, PIM is proving to be equally detrimental as it is for any other wireless system. For that reason, sound PIM practices and testing should be enacted to ensure 5G networks utilizing C-band frequencies meet key performance indicators (KPIs).

Given the investment made by carriers in C-band, ensuring that it meets KPIs is critical to achieve the needed return on investment (ROI). Initial results are promising, in terms of performance, according to analysis conducted by Opensignal (figure 1). 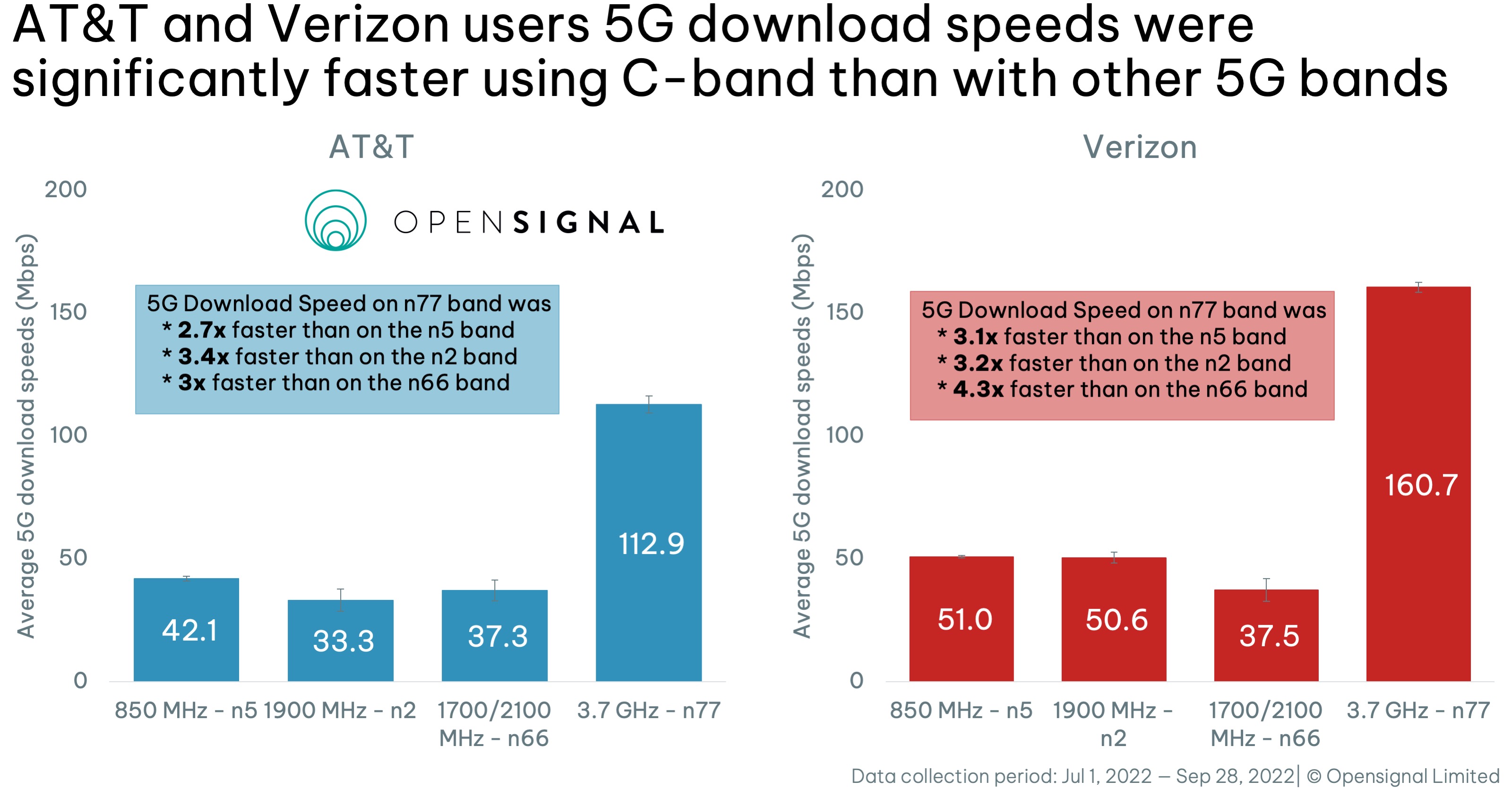 Figure 1: AT&T and Verizon 5G download speeds were considerably faster using C-band compared to other 5G bands, according to Opensignal.

According to the analysis, both AT&T and Verizon have seen increased download (DL) speeds due to C-band. Since March of 2022, AT&T users’ 5G DL speed has increased 34.6%, coinciding with a rise in usage of C-band on its network from 4.6% to over 30%. There is a similar trend with Verizon. Average user 5G DL speed improved by 15.8%, consistent with C-band usage rising to nearly half the time, compared to only 16.2% previously.

Why PIM is a Potential Problem

To maintain such speed gains, interference must be minimized. That is easier said than done. The 5G rollout is utilizing 3.7 GHz to 3.98 GHz. That means C-band is nestled between two Wi-Fi bands that operate at 2.4 GHz and 5 GHz. It’s also slightly above and similar to the 2.5 GHz frequency T-Mobile is using for its mid-band 5G. Plus, it sits immediately above the Citizens Broadband Radio Service (CBRS), which is the 3550-3700 MHz band.

For these reasons, PIM is a concern. To address this issue, all the U.S. carriers have agreed to synchronize their Tx/Rx patterns. By doing so, there will be no PIM interference caused by these TDD systems.

Unfortunately, PIM interference in the C-band is not eliminated by this approach alone. Many C-band radios will be installed at co-located sites, meaning they will share the tower with traditional macro sites, which utilize FDD technology. Because the Tx is always on in FDD systems, co-located FDD systems can generate PIM that affects 3.5 GHz bands, including C-band. PIM interference is particularly a concern in sites with radios/antennas of different FDD bands below 2.5 GHz.

Figure 2 is a display of a 5G C-band signal and highlights this potential issue. The TDD signals alternate from DL to UL by a 3GPP set pattern(s). The result is that the TDD UL is vulnerable to interference from PIM generated by lower FDD bands. 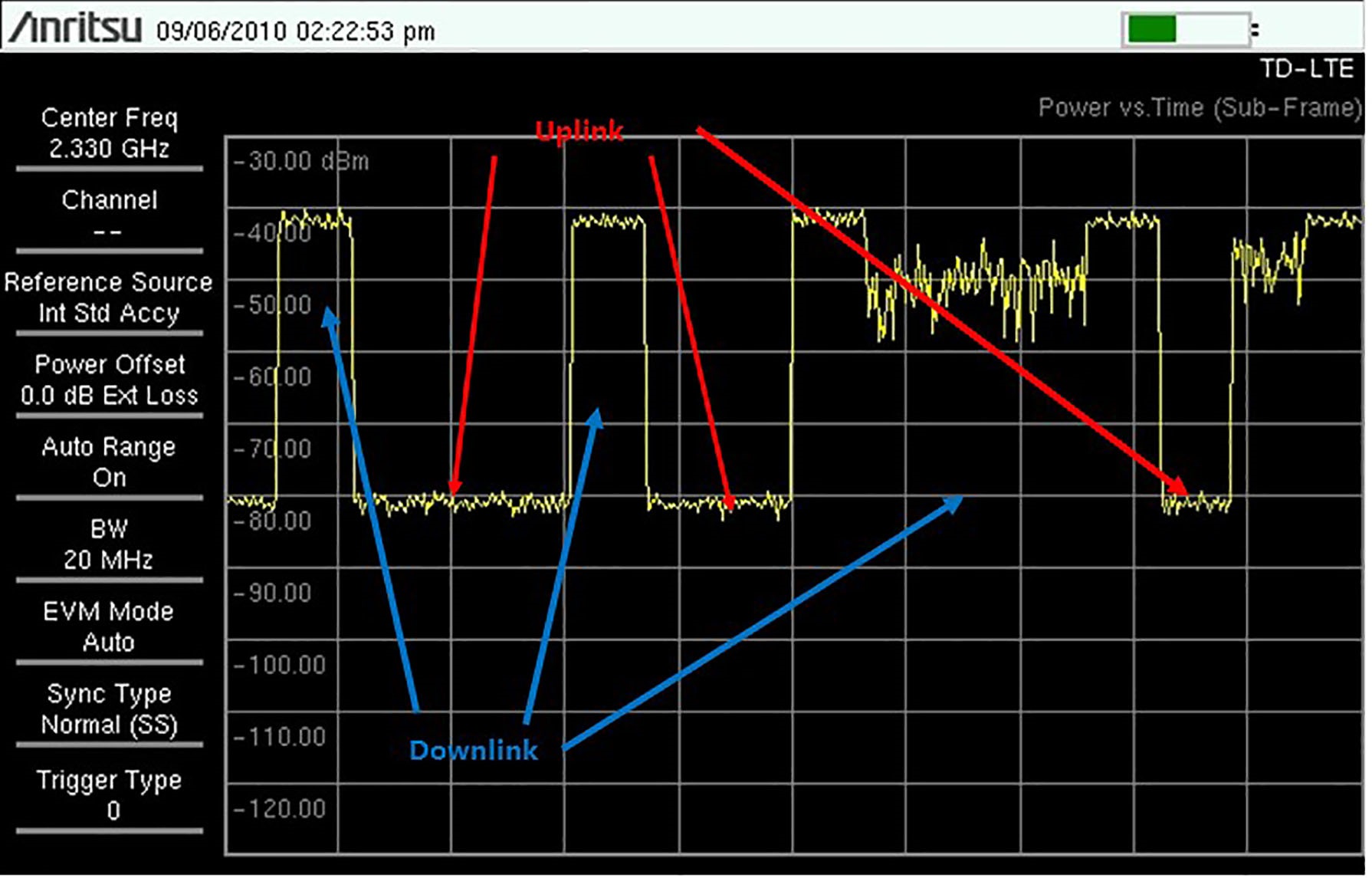 PIM testing is very important because a small rise in the noise floor can shrink network coverage and reduce data speed. Conducting proper PIM testing protocols first requires an understanding of how the interference occurs.

PIM appears as a set of unwanted signals created by the mixing of two or more strong RF signals in a nonlinear device. PIM can be caused by internal and external sources, many of which are explained on this PIM technologies page. PIM causes intermod frequencies that are typically defined as 3rd order, 5th order, or 7th order. PIM bandwidth increases exponentially with each order of the product.

The influx of co-located base stations makes PIM testing more difficult. PIM calculations are somewhat complex with two signals but they become much more so when there are three or more carriers in close proximity. An example is a co-located tower with a neighboring base station transmitting strong signals. Those nearby signals can back feed into an antenna system, find nonlinear devices, and/or mix with other carriers to create PIM. This issue is compounded with complex modulation platforms being used in 5G.

Many field technicians turn to online programs and spreadsheets to help with the complexity. There is a better alternative, however. Field technicians and tower crews can turn transmitters off one at a time to determine the carrier and antenna runs that are the cause of PIM.

Mobile operators and contractors need to be very aware of other systems and frequencies from nearby sites when installing C-band systems. Frequency clearing is a suggested initial step.

Once spectrum clearing has been conducted and it is determined there are no potential outside causes, PIM testing at the base station is performed. It is a fairly straight forward process. Figure 3 shows a typical PIM testing configuration. Technicians use a PIM tester, such as the Anritsu PIM Master™ MW82119B,  to transmit signals through the line into the antenna. Many new 5G installations, however, integrate the radio, antennas, and lines in a single enclosure. In these applications, tests must be done directly at the antenna system. 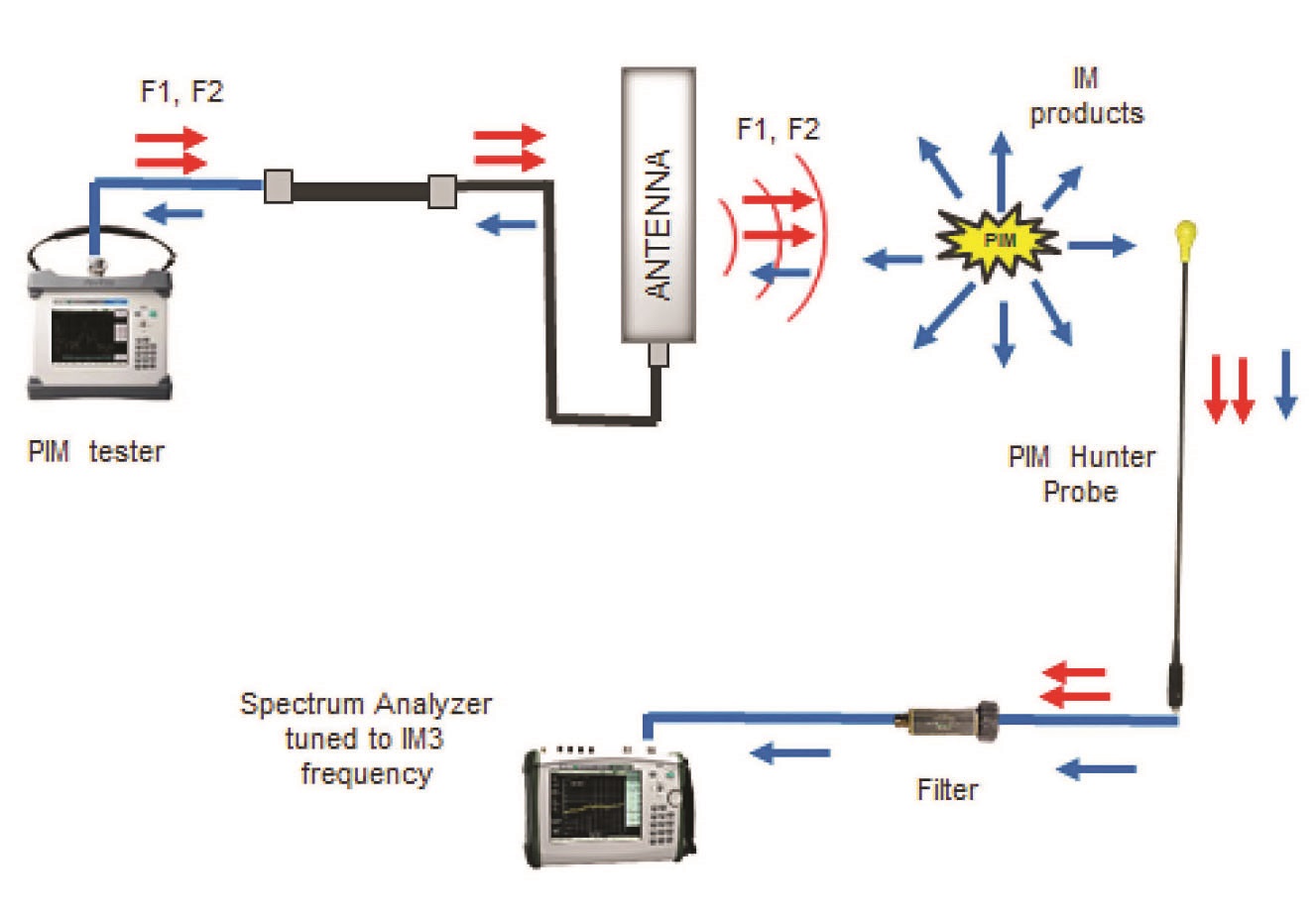 Because C-band utilizes TDD, PIM testing must be conducted cautiously. Frequency and signal power must be factored into the testing setup or the instrument can be overloaded. To protect the instrument from damage, a gated sweep can be used.

Anritsu offers a Gated Sweep function so signals can be viewed in the time and frequency domain, allowing only a portion of the sweep time to be displayed. In reference to the time domain display, a zero time span is set for the full horizontal length of the screen. The gate delay sets the left vertical line or the start of the gate sweep, and the gate length sets the right vertical line or end of the gate sweep. The gated sweep signal is displayed in the frequency domain on the top graphic display. Because only a portion of the sweep time is analyzed, the instrument is protected from being overloaded.

To learn more about PIM testing during C-band deployment and the importance of gated sweep functions, watch this educational video on PIM. 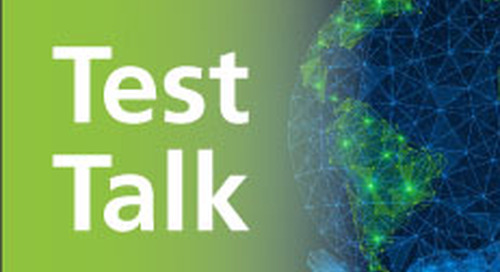 400 Gbit Ethernet is quickly replacing 100 Gbit Ethernet in data centers, increasing the need for a new approach to network design, architecture, and testing.     Related StoriesReturn of...

To address the introduction of 5G mobile devices into the market, logistics facilities need scalable test solutions that allow for increased testing capacity and throughput or risk losing...