The 5G era in the United States was ushered in with much fanfare on January 19. Despite years of anticipation, the launch of the latest wireless technology generation almost stalled because of potential interference between 5G signals in C-band and aviation safety equipment, particularly radar altimeters.

Ultimately (and not surprisingly given the $80+ billion spent by carriers for spectrum rights), the Federal Communications Commission (FCC), Federal Aviation Agency (FAA), and mobile carriers came to an agreement. Temporary buffer zones have been established around 50 airports that will ban new 5G coverage for six months. The list of airports includes some of the largest international hubs in the country’s largest cities, such as John F. Kennedy International in New York City, Los Angeles International and O'Hare International in Chicago. 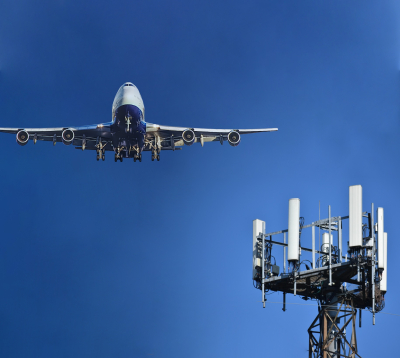 The temporary buffer zones extend for 2,100 meters in front of and behind runways, as well as 910 meters on either side. They provide aircraft with 20 seconds of signal-free time while they come in for landing.

During the six-month period, the FAA will work with airlines and manufacturers to test radar altimeters operating amid C-band 5G signals. Restrictions will be lifted on aircraft using radar altimeters that pass the tests, while those that fail the test will be retrofitted or replaced.

Mobile operators are doing their part for the half-year period, as well. Adjustments will be made in the 3.7 GHz -3.98 GHz C-band 5G signals frequencies. They are reducing the C-band signal in a narrower 6,100-meter path ahead of and behind runways and limit signal power above the horizon, according to CTIA. This will keep them from interfering with aviation equipment, specifically radar altimeters, operating at 4.2 GHz - 4.4 GHz.

That is not a complete solution. Rather, it is akin to kicking the can down the road. In the interim, there is hope that enhancements can be made to radar altimeters. There is also optimism that the data acquired over the six months will validate the opinion of CTIA and mobile operators that C-band will not interfere with an aircraft’s safety equipment.

At the crux of the matter is the importance of radar altimeters, which provide highly accurate information about an aircraft’s Above Ground Level (AGL) altitude. A radio frequency (RF) signal from the receiver in the aircraft is transmitted to the terrain and the reflected signal is received by the radar altimeter. This acquired data informs other safety equipment on the plane, such as navigation instruments, terrain awareness, and collision-avoidance systems.

Radar altimeters are inherently wideband systems, and currently have no requirements for front-end rejection. Such factors may make them more susceptible to blocking than other receivers.

It is the belief of many in the wireless community that the six months of real-world operation will support findings from previous studies. The FCC spent three years analyzing the potential impact of mid-band 5G signals on neighboring bands. Mobile carriers are utilizing 3.7 GHz to 3.8 GHz C-band frequencies, while radar altimeters transmit a 4.2 GHz signal, creating 400 MHz spacing.

As part of the study, the FCC received submissions by the aviation industry and coordinated with federal partners. The FCC concluded that the 400 MHz guard band and technical rules it adopted were “sufficient to protect aeronautical services” from 5G interference. It is based on a RTCA presentation. It should be noted that the guard band will eventually drop to 200 MHz, which is still twice what the aviation industry requested.

CTIA took a similar stance. The wireless association stated that nearly 40 countries are already safely using 5G in the C-band at higher power levels (figure 1). In fact, authorized power levels in the United States for 5G are lower than France, Spain, Denmark, Romania, Ireland, and Finland. These countries have operated 5G in the C-band for several years without harmful interference to air traffic. 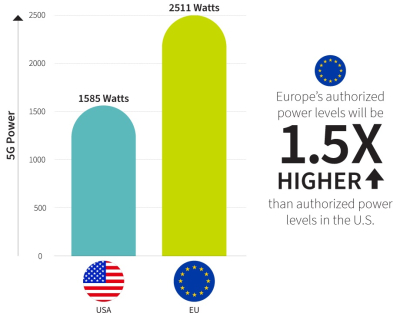 Figure 1: 5G power levels in the U.S. and Europe (Image courtesy of CTIA).

Federal regulators at the FAA were not as certain. The immediate spectrum around the radar altimeter band had been relatively quiet prior to the launch of 5G. Plus, radar altimeters are inherently wideband systems and currently have no requirements for front-end rejection. Based on these considerations, the FAA felt that radar altimeters may be more susceptible to blocking than other receivers.

An FCC study conducted through RTCA determined that every base station configuration produces harmful interference from 5G fundamental emissions in the 3.7 GHz – 3.98 GHz band and 5G spurious emissions in the 4.2 GHz – 4.4 GHz band. It appeared to be the case across virtually all operational scenarios and relative geometries between the aircraft and base station.

While the two sides have different views of the impact C-band will have, they can agree on one thing – testing is necessary now and will be for quite some time. Anritsu provides test solutions to measure 5G fundamental emissions in the 3.7 GHz - 3.98 GHz band, as well as 5G spurious emissions in the 4.2 GHz – 4.4 GHz band that may also cause interference. 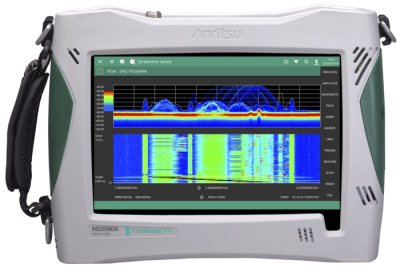 On-going Spectrum Monitoring – MIH can also be used to conduct quick and efficient drive tests on deployed 5G networks, as part of necessary interference detection and interference hunting practices. For reliable, 24/7 continuous spectrum monitoring, the MS27201A Remote Spectrum Monitors provides accurate signal detection and measurement integrity to help ensure there will be no interference to impact avionics equipment, including altimeters.

When used with Vision software, the spectrum monitoring system can monitor and log spectrum traces over long time periods. An alarm is triggered when a frequency mask is violated, for quick and efficient remedy of the interference.

You can learn more about interference hunting by watching this MS2090A application video.