The convergence of wireless technologies is integral to the success of 5G and IoT. For engineers, ensuring designs integrating various technologies poses multiple challenges, the least of which is staying current on evolving standards and testing requirements. Bluetooth® and Wi-Fi® are prime examples, as they continually evolve to meet market needs. Implementing a sound testing process requires the proper test solutions that address the time and cost constraints associated with today’s product timelines.

Unlike Wi-Fi, BLE and standard Bluetooth use Frequency Hopping Spread Spectrum (FHSS) to move between channels to transmit short data bursts. Another main variance is that BLE broadcasts advertisement packets on three dedicated channels; Wi-Fi access points transmit their identifier on the same channel as data. More on each technology can be found at this virtual technology theater.

One other thing they share is market growth, aided in part by 5G deployment and IoT expansion. By the end of this year, it is estimated that more than 5 billion Bluetooth devices will be shipped, with that number reaching 7 billion annually by 2026, according to Aberdeen Group. Mobile devices account for 47% of current shipments.

Wi-Fi has similar market penetration and growth expectations. In 2022, nearly 18 billion Wi-Fi devices will be in use, and more than 4.4 billion devices will ship this year, according to IDC Research. The current generation – Wi-Fi 6 – reached 50% market adoption quicker than previous Wi-Fi generations. It is estimated that there will be 350+ million Wi-Fi 6E (Evolution) devices in the market this year. 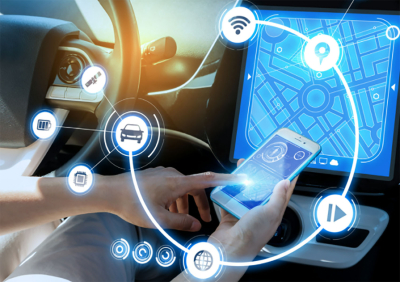 In addition to requiring a fraction of the power, BLE has much wider range than standard Bluetooth, as well as improved latency. Standard Bluetooth currently does have a slight edge in data rate.

BLE is used in one advancement gaining traction in IoT designs – Bluetooth mesh. Enabling creation of large-scale device networks, it is ideally suited for control, monitoring, and automation systems where hundreds – and even thousands – of devices communicate with each another. Bluetooth mesh combines the performance, reliability, and security necessary to meet the stringent demands of commercial and industrial environments.

Another area where Bluetooth is evolving to address market needs is high-accuracy indoor location services. Bluetooth delivers unprecedented flexibility for a device to determine the presence, distance, and direction of another device. Building managers and owners have an enhanced method to scale indoor positioning solutions to match the ever-evolving needs of their facilities using Bluetooth.

Anritsu has been at the forefront of the technology, evident by its membership in the Bluetooth Special Interests Group (SIG) since 2000. In those two decades, Anritsu has contributed to defining architecture, core, HCI, radio, test, and security standards. It’s one reason why the MT8852B Bluetooth Test Set (figure 1) and Universal Wireless Test Set MT8870A have been used to develop, certify, and/or manufacture more than 70% of the Bluetooth devices around the globe. Compact and economical, the MT8852B is dedicated exclusively to Bluetooth. It supports Basic Rate (BR), Enhanced Data Rate (EDR) and BLE measurements required by the Bluetooth RF test specification. In addition to meeting the tight cost-of-test parameters, the MT8852B satisfies throughput demands, as it can test a device in less than 10 seconds.

The MT8870A is a mainframe that supports up to four modules. Designed for manufacturing environments, it also supports Wi-Fi and 2G/3G/4G/5G. Installing four test modules in the MT8870A main unit supports simultaneous parallel measurement of up to four connected devices under test (DUTs). Since the number of antennas in wireless communications devices is increasing, each test unit supports connection of up to 12 antennas to greatly simplify the test setup.

Efficient handling of high-speed data traffic, as well as other synergies, positions Wi-Fi 6 as a strong complement to 5G. Details on how Wi-Fi 6 complements 5G deployment is explained in an earlier blog.

Figure 2: A visual depiction of the Wi-Fi 6 enhancements.

Never known to rest on its laurels, the Wi-Fi Alliance (WFA) announced expansion into the 7.125 GHz spectrum with Wi-Fi 6E shortly after the launch of Wi-Fi 6. It is also working on Wi-Fi 7 (IEEE 802.11be) and expects to release the standard in early 2024.

New test items and complex measurement methods are in the current IEEE 802.11ax standard. Another test consideration centers around the antenna. It is a key evaluation item for supporting the 6 GHz band, because antenna performance requirements change with the frequency.

Anritsu developed a portfolio of solutions to verify antennas, chipsets, and devices supporting Wi-Fi 6. One example is the Wireless Connectivity Test Set MT8862A. The test set can act as a Wi-Fi AP or Station (STA) for testing key parameters, such as security (WEP, WPA/WPA2-Personal). It also has an easy setup for receiver sensitivity testing, for simple packet error rate (PER) measurements.

Anritsu will showcase test solutions that address the design, manufacture, and installation and maintenance...

Due to the importance of calibration as it relates to measurement accuracy, using the instrument Original E...