Passive intermodulation (PIM) – whether it is inside the antenna system or external – has always been a concern when deploying and maintaining wireless networks. It’s a bigger factor today due to the continued growth of co-located towers and over-crowding of the RF spectrum. Adding to all of that is the rollout of 5G technologies and infrastructure.

In our last blog entry, we outlined how PIM affects microcells on rooftops. In this post, we will focus on how macro cell site performance can be degraded due to PIM. According to industry estimates, a 1-dB drop in uplink sensitivity caused by PIM can reduce coverage by as much as 11% in a macro network. This can lead to the potential loss of revenue and increase in customer churn. It leaves little doubt that reducing PIM is one of mobile operators’ top priorities.

Locating and removing PIM interfering with a macro cell site (figure 1) can be a magnitude of difficulty greater than conducting the same exercise on a rooftop or similar microcell. Whereas a microcell covers a smaller radius in a densely populated urban area, macro cell sites provide low-frequency coverage for miles in rural environments. This makes it essential that technicians have the proper tools when conducting a PIM hunt or an already challenging and time-consuming task will become much more grueling. 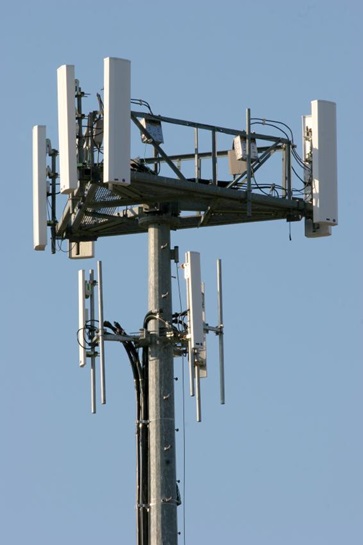 Locating the cause of PIM is vital because it is one of the primary causes of interference in today’s multi-band cellular networks. An initial sign PIM may be affecting network performance is a rise in the uplink’s noise floor at a cell site. The result is specified key performance indicators (KPIs) are not met.

In this scenario, a field technician is dispatched to determine the cause of the noise floor rise. We should note that certain test methods that are acceptable on a rooftop are not recommended on a tower. One perfect example is a PIM blanket, which isn’t practical at a macro cell site for safety reasons.

When testing the sector reveals the site contains PIM above the specified pass/fail limit, the technician must determine if the cause is internal or external to the antenna system. In some situations, PIM mitigation can often be as simple as torqueing down a clamp to improve PIM levels. As intermodulation (IM) sources are identified and mitigated, the PIM measurements should be conducted until the pass/fail limit determined by the carrier is reached.

If PIM thresholds established by the mobile operator are still not met, then the PIM cause is most likely beyond the tower. This circumstance happens frequently. A metal roof, chain link fence, or similar manmade element are often culprits. If the tests reveal the strongest IM sources are external to the antenna system, a PIM hunt is initiated.

PIM hunting requires the sequential elimination of all PIM sources. Often times, there is more than one cause. Given the transmission range of a macro cell site, the potential sources of interference can be quite a distance from the antenna. Selecting the proper test equipment helps locate the cause more efficiently, saving time and restoring optimal site performance much quicker.

Anritsu offers all the tools to perform the PIM hunting process. Among the test solutions typically used in the field are the PIM Master™ MW82119B PIM analyzer, Spectrum Master™ MS2720T and MS2712E/13E spectrum analyzers with customized PIM  hunting user interface, and necessary PIM probes and filters.

Because PIM has been an issue for decades, a well-established process to determine the distance from the antenna to the PIM source exists. A portable PIM test set, such as the Anritsu PIM Master MW82119B (figure 2), conducts a distance-to-PIM (DTP) measurement to determine the location of the antenna on a DTP plot. 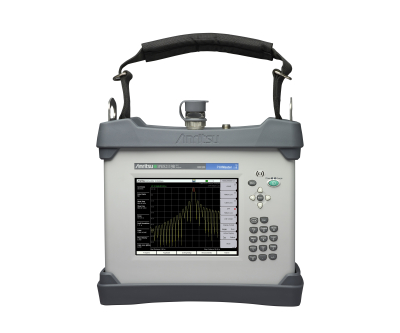 Unfortunately, the DTP plot only estimates the distance of the IM source from the antenna and not the direction. So, the technician needs to search for PIM source(s) at that approximation. Measurements are conducted in an arch, from the antenna. Due to the radiating patterns of the antenna, the further away the IM source is from the antenna the larger the search area becomes and the more difficult it can be to find.

Given the transmission radius of a macro cell site, the area a technician covers is extensive. For this reason, technicians often use a golf range finder and directional antenna to identify the potential source of PIM. For shorter DTP distances, PIM can also be in the vertical plane in front or behind the antenna.

Ensure All Causes are Mitigated

As we mentioned, it is important to recognize that many sites suffer from multiple sources of PIM. Once one has been located and mitigated, the technician needs to conduct tests to ensure that all interference causes have been removed.

Some carriers will also require a swept PIM measurement at close out to verify that the entire band passes the pass/fail limit. It is good practice to do a noise floor measurement at the end of the project to document the improvement, for this reason.

To learn more about conducting PIM hunts, you can download an application note – Pinpointing Sources of PIM on Rooftops and Macro Cell Sites – just published by Anritsu.

Anritsu Advances Beyond to Address COVID-19 and 5G Adoption Challenges

How to Overcome Rooftop PIM Challenges

Given the multitude of possible PIM causes on roofs, implementing the proper testing process using the appr...