How to Locate and Mitigate Common Satellite Interference Issues

All these factors make it imperative for satellite operators to understand RF interference causes. Selecting appropriate test solutions is one critical step, as are implementing the proper evaluation and maintenance processes. By doing so, signal interruption can be reduced and debugging can be done more efficiently, for reduced associated expenses and downtime.

Satellite earth stations (figure 1) form the ground segment of satellite communications. They contain one or more satellite antennas tuned to various frequency bands, making them susceptible to a variety of interference.

Let’s outline a list of the potential causes of interference in satellite communication systems:

Satellite operators require a portfolio of test instruments to mitigate interference problems. Some solutions are designed for long-term spectrum monitoring. Others address issues associated with equipment upgrades and interference from RF services operating in spectrum adjacent to satellite frequencies.

For example, a real-time spectrum analyzer (RTSA) with frequency range of 9 kHz to 54 GHz, such as the Field Master Pro™ MS2090A (figure 3), is ideal for monitoring downlink signals to search for interference and noise. Wide frequency coverage is necessary because there are more than 2,000 active satellites orbiting the earth that communicate with the ground through dedicated earth stations utilizing sub-6 GHz and up to 50 GHz bands.1 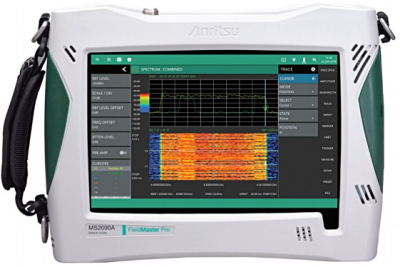 Additionally, interfering signals can be intermittent in nature and difficult to track.  An RTSA samples spectrum continuously, ensuring that no interferer will go undetected

The United States Federal Communication Commission (FCC) has launched an accelerated spectrum clearing program for the C-band for 5G. The clearing will take place over the lower 300 MHz range (3.7 GHz – 4.0 GHz) with the top 20 MHz used as a guard band. Similar efforts for C-band clearance are taking place at many other international locations.

While the repurposed spectrum is being cleared of legacy signals, field engineers and technicians must ensure that remaining satellite frequency bands are free of 5G interference. A Mobile Interference Hunter (MIH) with a spectrum clearing mode allows field engineers and technicians to set a go/no-go threshold. This number, in combination with a minimum hold capability, allows for efficient localization of good areas and those that need assistance.

Another initiative that requires a MIH is signal compression. For earth station operators, efforts are underway to adopt advanced signal compression technology to pack content from a 500 MHz band into just 200 MHz. Ground infrastructure, such as antennas and filters, will need to be deployed to protect the remaining bandwidth from interference.

Signals generated by unauthorized satellite operators are another common interference source. The satellite signal may be generated without proper authorization (piracy) or by experiments being conducted by nearby research labs and private enterprise. Jamming may also be due to hostile transmissions designed to intentionally interfere with communications.

One method traditionally used by satellite operators for localization of interference signals is Time Difference of Arrival (TDOA). Operators use the satellites themselves to triangulate an interference signal, however, there are many sources of error associated with TDOA when pinpointing the interferer position. A MIH is a preferred alternative, as it uses audio signals and mapping for the driver, so it can make hundreds of measurements per second to guide the user to the signal.

Satellite operators often require round the clock spectrum monitoring. A Remote Spectrum Monitor (RSM) can provide up to 24 RF inputs to monitor multiple earth station dishes simultaneously (figure 4). A high-speed multiplexer can be integrated into the RSM to switch between each dish RF signal. 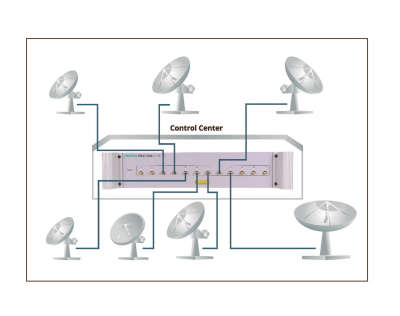 Importance of Sequential Peeling Extraction and De-embedding When Designing PCBs

Engineers designing and testing differential devices, particularly PCBs, rely on VNAs as part of their cont...

How to Locate and Mitigate Common Satellite Interference Issues

By mitigating potential causes of interference in satellite communication systems, signal interruption can ...