During its quarterly meeting in June, the First Responder Network Authority Board approved $218 million for strategic investments that include initial core network upgrades as the first phase of moving FirstNet to 5G.1 Shortly thereafter, AT&T stated it was in the process of updating FirstNet to 5G, even though the mobile operator stated tests showed FirstNet is faster than any other commercial network in the United States.1

Based on this, it’s evident that public safety networks will be migrating to 5G. It likely will be a gradual evolution, however. Anritsu conducted a survey immediately before IWCE 2020 in August. Results revealed only 12.5% of respondents had integrated 5G into their public safety networks. 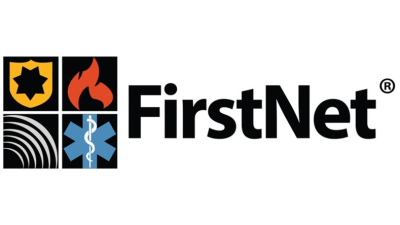 There are a few reasons for this conservative approach. One is that Band 14 leverages LTE, and earlier this year FirstNet announced that Band 14 will remain LTE for the foreseeable future. It was noted that 4G is working very well for first responders in public safety scenarios. Additionally, since first responder traffic receives priority on mobile networks, 4G meets the current bandwidth and speed requirements.

Still, it is wise for network planners to understand the challenges associated with 5G in public safety networks, particularly when it comes to in-building. Perhaps the biggest issue is that 5G has high attenuation. In short, walls (and doors and windows) and 5G are like oil and water – they don’t mix well. Add in variables such as corners and people walking in hallways and offices, and buildings have plenty of obstacles when related to 5G signals. This is particularly true for Frequency Range 2 (FR2) bands that operate at millimeter wave (mmWave).

Various governing bodies have written specifications pertaining to in-building network performance. These will apply to 5G networks, as well. The regulations are viewed more as guidelines, in large part because of the myriad of networks that call a building home. In addition to FirstNet, most commercial structures will have LTE, Wi-Fi, and NB-IoT. Some will have private networks, such as those for corporations and two-way radio networks such as TETRA.

NFPA 72 – The National Fire Protection Association (NFPA) has established standards (figure 1) that are more specific than those created by the IFC. NFPA 72 states that critical areas, such as the fire command center(s), fire pump room(s), exit stairs, exit passageways, elevator lobbies, standpipe cabinets, sprinkler sectional valve locations, and other areas deemed critical by the authority having jurisdiction, shall be provided with 99% floor area radio coverage. 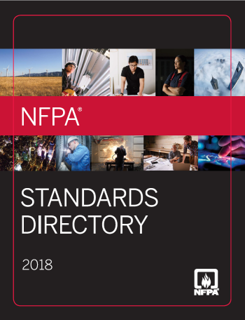 There are two key elements that should be noted with NFPA 72:

While IFC 510 and NFPA 72 provide the roadmap, the path can – and often is – changed. Each jurisdiction can alter the national level model code to meet unique requirements. The specifics of these local ordinances and codes vary, but most include:

Ultimately, the Authority Having Jurisdiction (AHJ) has final say, and building owners and contractors must get their approval. In most cases, a “Letter of Certification” must be submitted to the local fire officials before they will issue a “Certificate of Occupancy.” Without it, the buildings cannot open or operate. For these reasons, building owners, contractors, and network operators all must understand how to effectively install and maintain 5G public safety networks.

Public safety networks utilize mature technologies that operate in the sub-6 GHz frequencies. 5G will need new network nodes, as the architecture will change to support mmWave bands. It will go beyond enhancements to the radio access network (RAN). There also must be improvements to the core network, and the entire network architecture is more distributed with compute and storage at the edge. Advanced network planning analysis is necessary to accommodate 5G FR2 and its associated attenuation.

To meet all the testing, cost, and efficiency goals associated with streamlining in-building network verification, an integrated approach to coverage mapping has to be taken. An in-building coverage mapping bundle (figure 2) enables technicians to verify proper signal field strength across multiple frequencies in a single walk-through.

The system has three components – a Remote Spectrum Monitor with fast sweep speeds, a tracker worn by technicians to record in-building position to the tracking software as they conduct the walkthrough, and dedicated software. This system incorporates the tried and true method of coverage mapping that is aiding in the verification of in-building 4G LTE private networks. 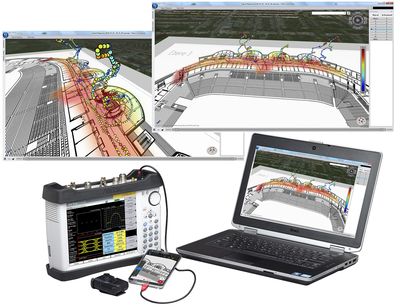 The coverage mapping tools need to have a few extra capabilities for 5G. These include:

To learn more about the impact 5G will have on public safety networks and how to overcome the associated challenges, watch this IWCE 2020 webinar.

Engineers who design high-frequency electronic circuits must gain a vital understanding of the properties o...